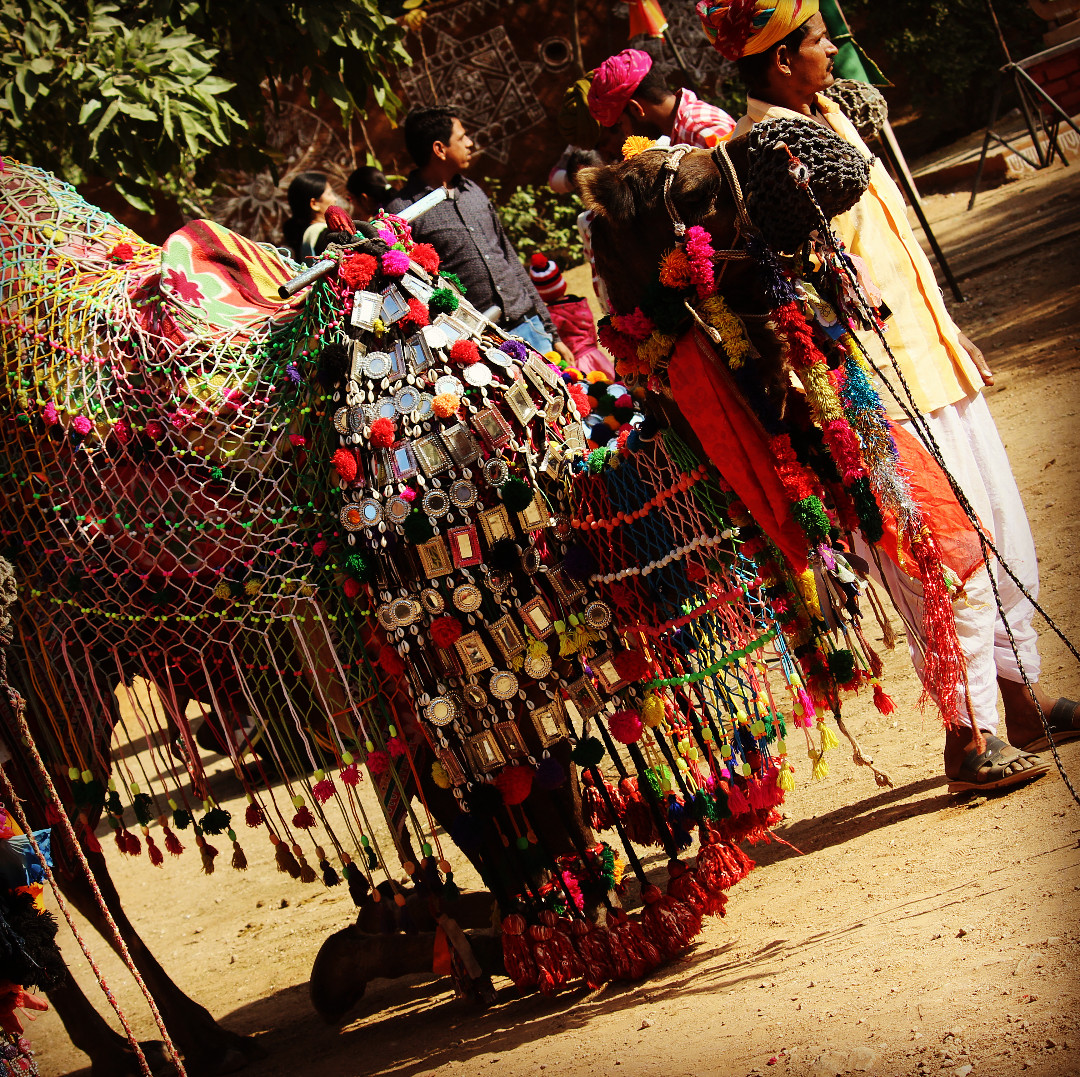 A nation’s culture resides in the heart and in the soul of it’s people.

What makes Rajasthan so special ? So unique ? Why is it that despite being considered one of the country’s most ‘ backward’ states, Rajasthan remains the favored Indian destination, the highlight of the Indian experience for all but a few ?

Rajasthan, India’s fabled ‘ Land of Kings’ is special and unique. There is no doubt in it. Rajasthan means many things to many people.

Rajasthan, royal or rural, town or country, is essentially and above all, a truly happy land. It is our spirit as rare as our rains, honed fined by the hot desert wind and tempered true by the ancient wisdom; a spirit that transcends caste, creed, sex and class; a spirit that imbues kings and pleasant alike ; indeed a spirit that defines us all while binding us together. In all the color, romance and glory it is this spirit that the visitor of Rajasthan sees and feels, and is left smitten.

Its noble amalgam of pride and arrogance, of self esteem and humility , of martial fire and civility, simplicity and sophistication, was centuries in the making , and like a prized sword has stood the test of time. Which brings to us the another great gift from Rajasthan : the sheer continuity of our institutions, traditions, trade and customs , our way of life, our very civilization , is staggering. You will not find this anywhere else in India, not even in ruins of the empires of Europe. This is reflected in not only our glorious history , the stuff of myth and legend; our magnificent forts and palaces, our grand traditions and glittering customs, colorful festivals , but also in our present day culture. Despite the pressures of modern day living Rajasthan remains today a deeply civilized society, at peace with itself and within itself. The visitor simply cannot fail to spot this, and be moved by it.

Now, coming to the cultural side , Rajasthan has left no stone unturned in making us familiar with the exquisite treasure trove of Indian Handicrafts.

Each festival and ceremonial occasion celebrated here has its own style of costume and auspicious color- tie and dye leheriya is worn on Teej; chunari or plain red or green on Gangaur; faganiya on Holi; black and silver on Diwali; white or light pink or Sharad Purnima and red with gold on the birthday of the ruler.

Shilpgram , a craft village situated in the western part of Udaipur, under the beautiful backdrop of the Aravalli Hills and lush greenery is a huge repertoire of Indian art forms, crafts, heritage and culture. It was inaugurated by Rajiv Gandhi in 1989. Set in dusty, rolling countryside, it’s contrived, but remains interesting. There are 26 traditional village houses from Rajasthan, Gujarat, Goa and Maharashtra, some with glittering mirrored interiors, and craft exhibits.

From twisting and turning on a camel’s hump decorated with colorful beads and bells to the mouthwatering Rajasthani delicacies served here, everything will make you take pride in being an Indian and in being able to witness the culture of the entire state at one place. The skirt of a village women, the swirl of an odhni, the ghunghat, all in rich tones that splash the barren desserts with colors. Name a shade and it’s there in the dress, the jewellery, even the decoration of the huts here – the country’s dullest land is transformed by a veritable explosion of brilliance.

Then there’s anything nothing like Rajasthani food anywhere in the world. At Shilpgram, you can treat yourself with wholesome Rajasthani meals to your heart’s consent without burning a hole in your pocket. One of the most popular dishes is gatte ki sabzi, which is made of nothing but besan. The logic is simple- with no vegetables or rich agricultural harvest, improvisation was the only way to ensure great meals : daal-baati choorma, papad ki sabzi, besan ki kai, bajre ki roti, baajre ki khichdi, daal ki kachori, pyaaz ki kachori.…Another very popular dish – ker sangri – is actually an innocuous shrub ! Rajasthan is also a great place for sweets , just right to balance out the spicy fare.

The most surprising part of their hospitality is that , you pay once for any cuisine who want to savor yourself with and you get extra servings for free, with all presented on your table with love and affection. There is something in the land that invokes courtesy, hospitality, an unquestioning hospitality of strangers.

Urbanization, tourism , commercialization everything has its own utility , but this state still retains its old world charm , its historical grandeur to a far greater extent than many others. Despite the pressures of modern day living it maintains a deeply civilized society, at peace with itself, within itself. The visitor simply cannot fail to spot this, and be moved by it.